I hope you’re enjoying watching history in action before our very eyes? In my first piece I gave a little bit of background about what happened in the run up to the vote and during the overnight count.

We’ve had a few days to watch and listen to whats happened. Lets take a look at some possible winners.

FTSE100 – One idea to look at pre-vote was an inverse head-and-shoulders pattern on the FTSE100. After the events of Friday I thought that may not be a player….but so far it is. Take a look. 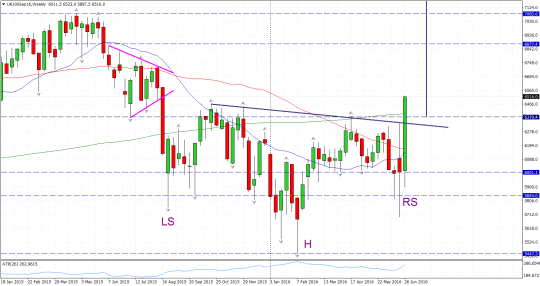 I’d said that a weekly close and hold above 6400 was bullish. In the last few days we’ve had a strong resurgence in the FTSE 100. Las Friday we opened aprrox 5720 and by today we were getting toward 6520 – an 800 point move back from the lows to above the recent highs. That’s quite some move isn’t it? All helped by our next winner: Mark Carney 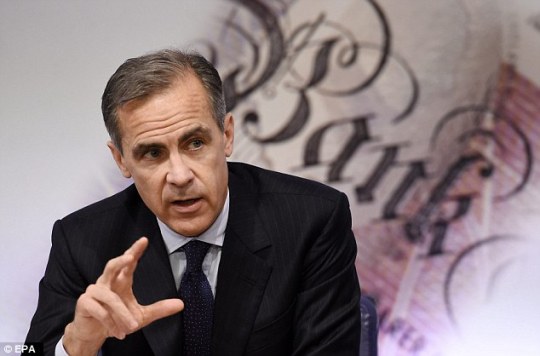 One guy who has done well from this shambles (reputationally) is your man Carney. Before the vote I had labelled him, along with Osborn and Corbyn, as the trio of ‘unreliable boyfriends’ due to his behaviour – he was clearly in the pocket of Osborne.

However fairs, fair, since the vote he’s done well. His speech on Friday morning struck the right tone at the right time and helped stop any further descent into madness. Will that be enough to save his job under a new government. I think so. Just. He’s also clearly got atough job ahead and his comment today on interest rate cuts did wonders for the FTSE (see above). I just wondered exactly where he’ll find further interest rate cuts when we’re already at historic lows? 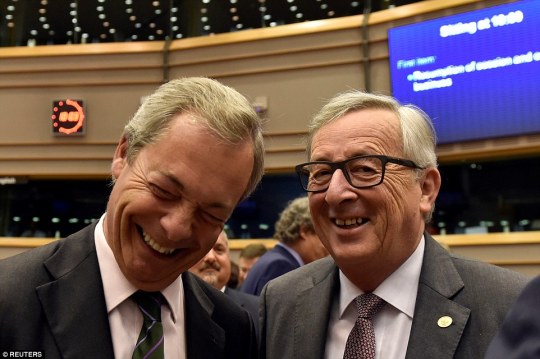 “Revenge is a dish best served cold” is a Klingon proverb I first learnt in Star Trek2: The wrath of Khan

Running u to the event when it looked like a sure-fire victory for Bremain I presented that was a Bremain vote a done deal then it would be curtain for Nigel. And that by end of play on Friday he’d be finished up.

Well, the vote has given him one last hurrah. To be fair to him whenever any of the main politicalplayers were asked about the ramifications for trade, enterprise and commerce he spoke the most sense out of any of the players from any party. Clearly his background had provided him with some good insight.

However Nigel’s biggest failing is Nigel himself. Having secured the vote he’s spent his entire political career fighting for he had the chance to go to Brussels yesterday and act magnanimous and statesman-like. Such behaviour would have endeared him to new votes and maybe given him a chance at being at the post Brexit table. Instead he just insulted his European colleagues and looked like a dick. If there’s one thing Ive learnt about negotiations is that you don’t want to start by insulting the other side of the table. Nice work, Nigel. If he’s smart he’ll leave the party now and walk-away. Somehow I suspect he wont. 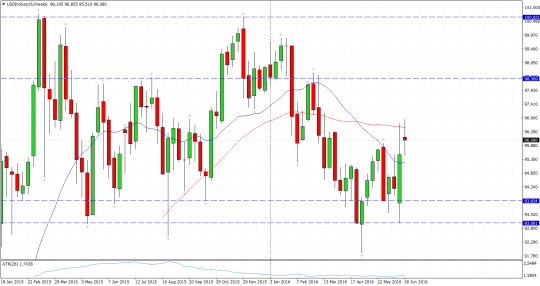 The Dollar Index had one of its best days for a long time last Friday as a wall of money flew into the Dollar (Probably to buy US Treasuries). Whether Yellen would see a rise in the dollar as a good thing is a moot point. Anyway its gone from the 93 support level up north of 96. 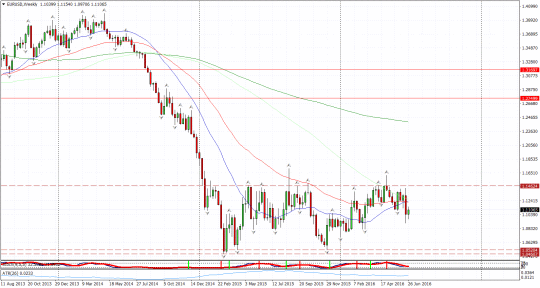 In the same way that we’ve seen Dollar Strength, we’ve also seen Euro weakness (against everything apart from the GBP not surprisingly). Remember the Euro is set-up to help Germany’s export economy – so every drop in the Euro brings a smile to face of German Exporters. Whilst the uncertainty within Europe may alarm some – it probably leads to cheers at German Automotive manufacturers! 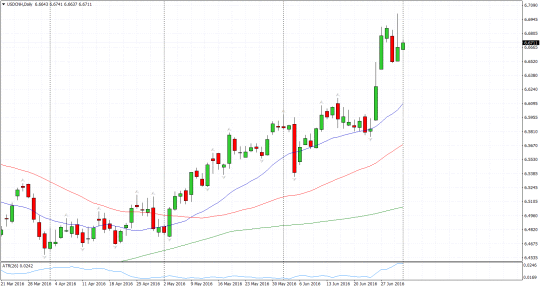 Unbeknownst to many last Friday the Chinese Central Bank used the market turmoil to slide the trading bracket of the Yuan, effectively devaluing their currency further and shifting their problems to the rest of the world.

“The Chinese – a great bunch of lads.” 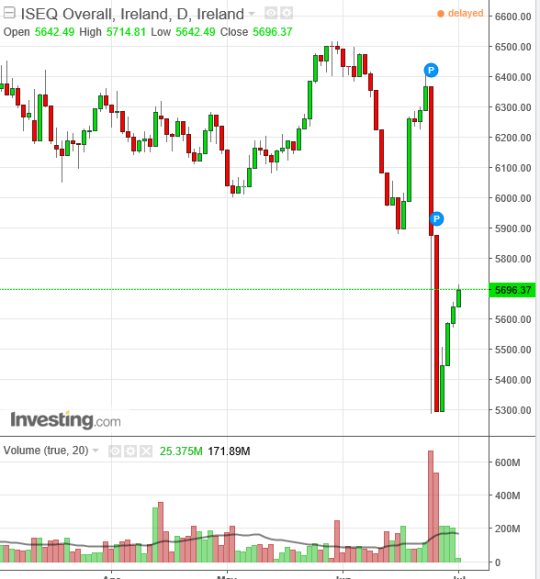 I’ve included Ireland in the winners column…but to be honest they’re only a ‘perhaps’.

After looking at the chart of the ISEQ above you might be asking why are they even in the winners column at all? Admittedly they got hit hard in the sell off (losing about 1000 points on the Friday.)

So why could they perhaps be a winner after all that? Well when the Brexit happens if Ireland is smart they should re-position themselves as the only English-speaking nation in the EU. They have a lax tax regime (though whether the French and Germans, and even the Americans, will let them continue with them) which is attractive to major corporations. They also have a well educated population. And their national stereotype is of being friendly drunks that everyone likes.

What is required is a group of visionary men and women at the highest levels of Ireland to help re-position themselves for a possible glowing future. The opportunity is there – the question is, will they grasp it?

All the money was on the Bremain side….so I suspect they cleaned up nicely on Friday!

Just a short note to claim Democracy as one of the winners. Regardless of your view or your side – it’s been a fascinating insight into Democracy in action. Not only was the vote a bit of a two-fingered salute to the Westminster & Brussels elite, but its also been done with out any military coup – just people expressing their democratic right. Part of you has to enjoy that?

Originally this post was going to be about winners and losers…but the post is long enough just covering winners so I will cover the losers separately.

So who else was a winner from all these shenanigans? Who else do you think won from the immediate event? And who will win further down the line? I’d love to hear you views.